Should I publish these artworks as a regular post on Artstation?
01 Turiasaurus riodevensis 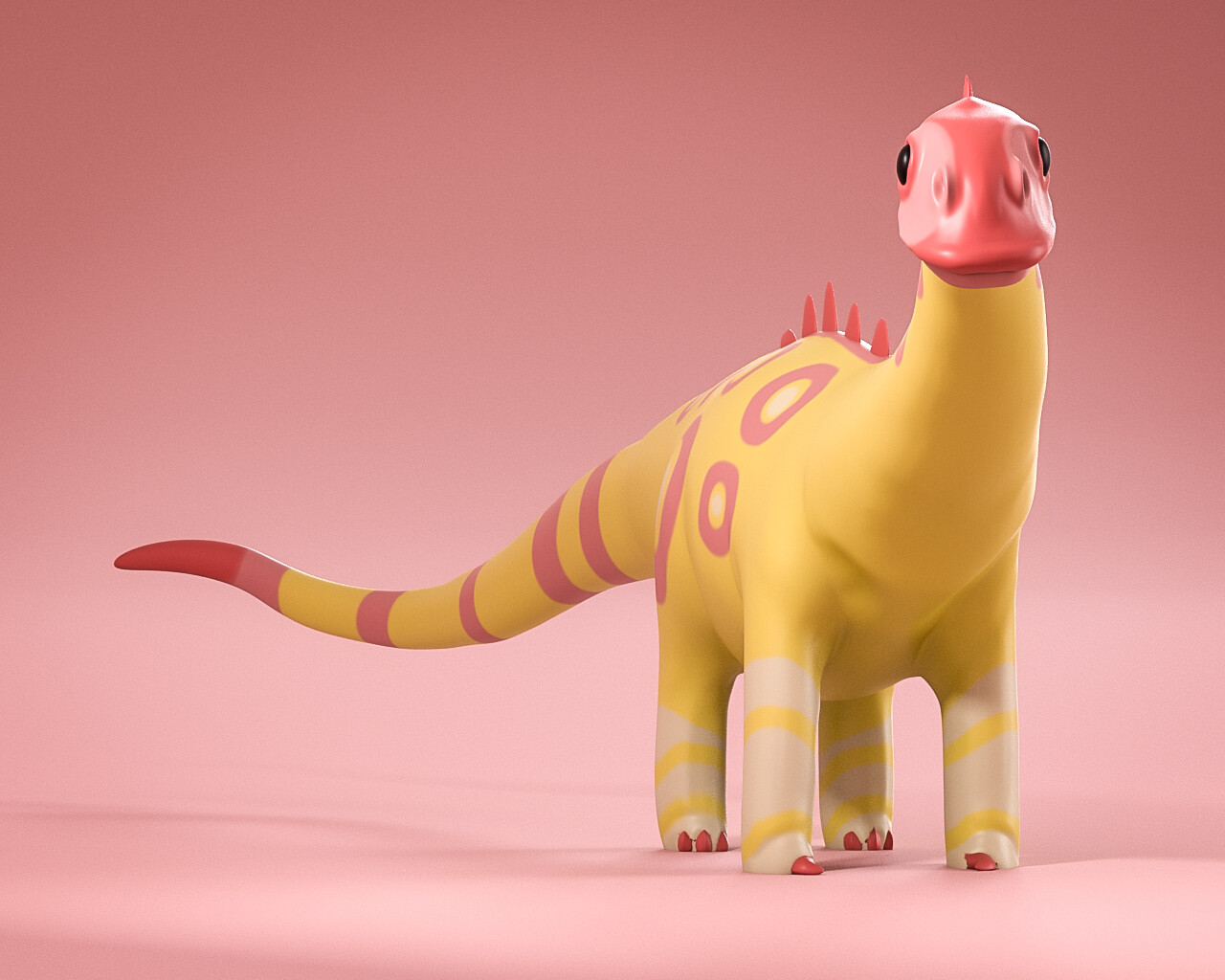 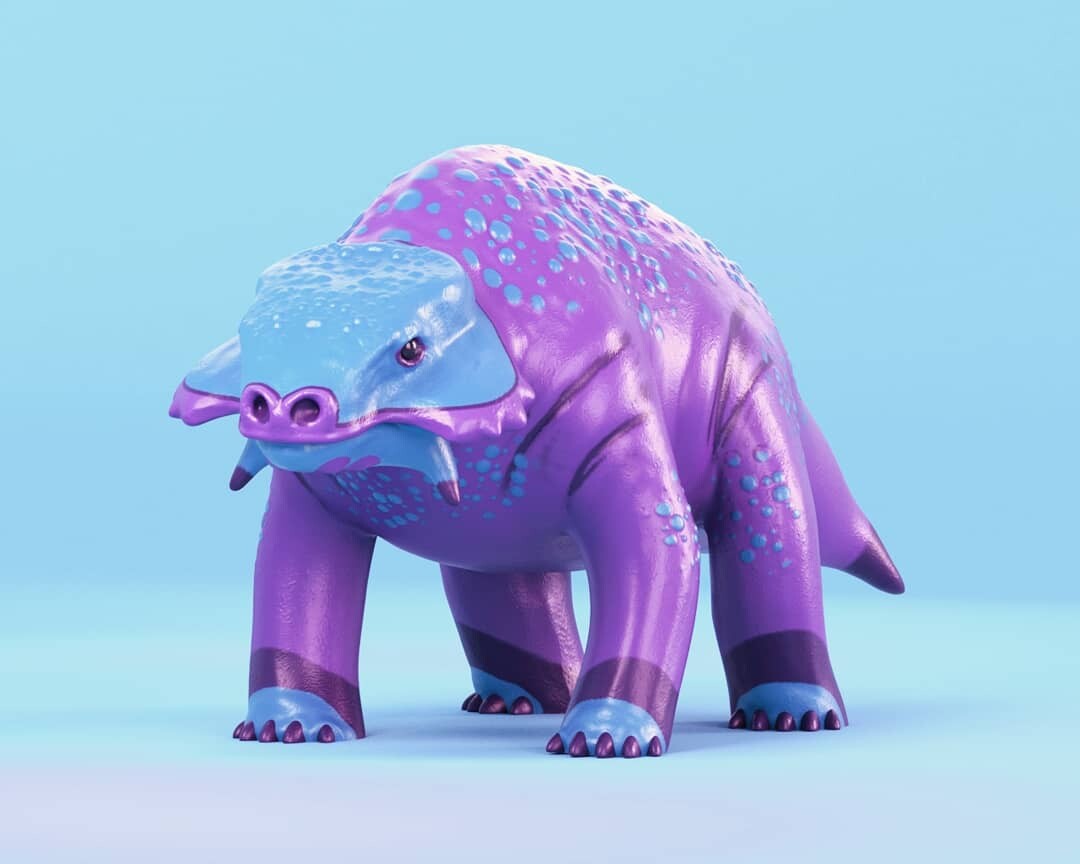 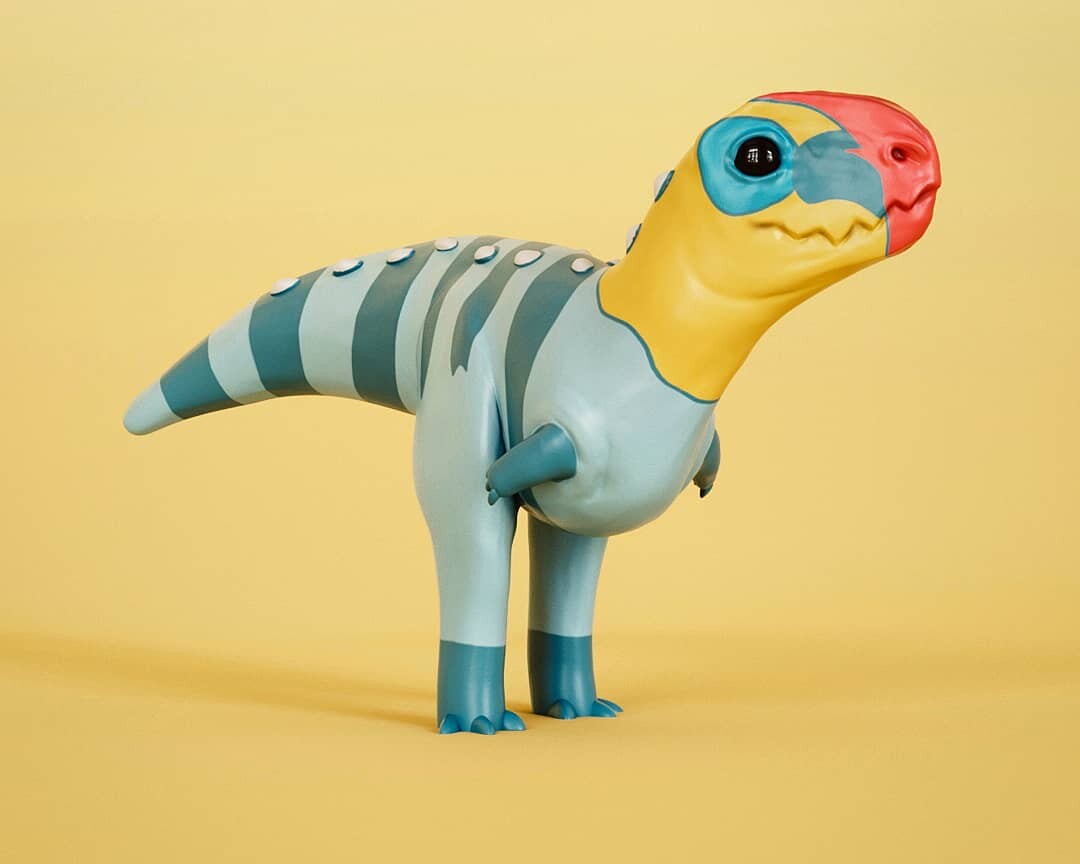 Once we have the skeletal system of our creature, it's time to put the muscles. Just like the bones, I had other well-known ruminants as reference like horses and giraffes.

I did not draw all the muscles and many of them are in a wrong position, but this part is an useful draft for putting all together in ZBrush. 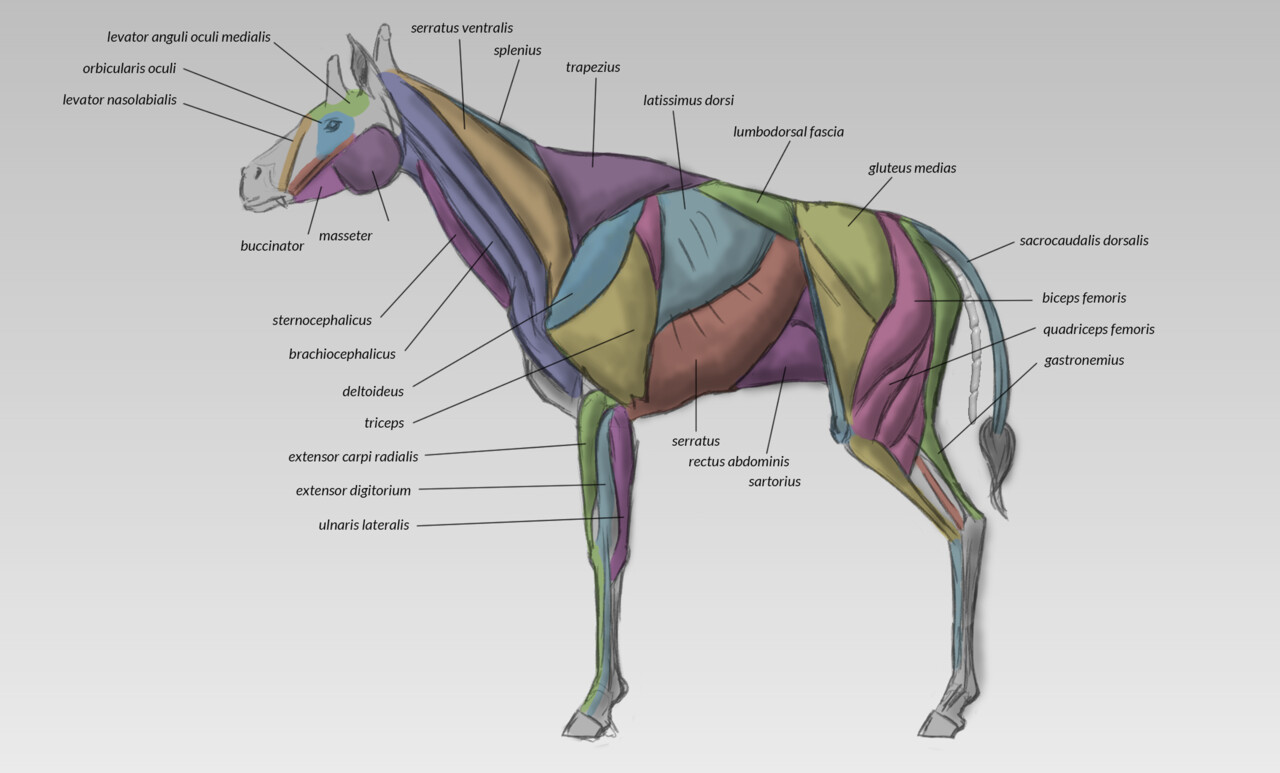 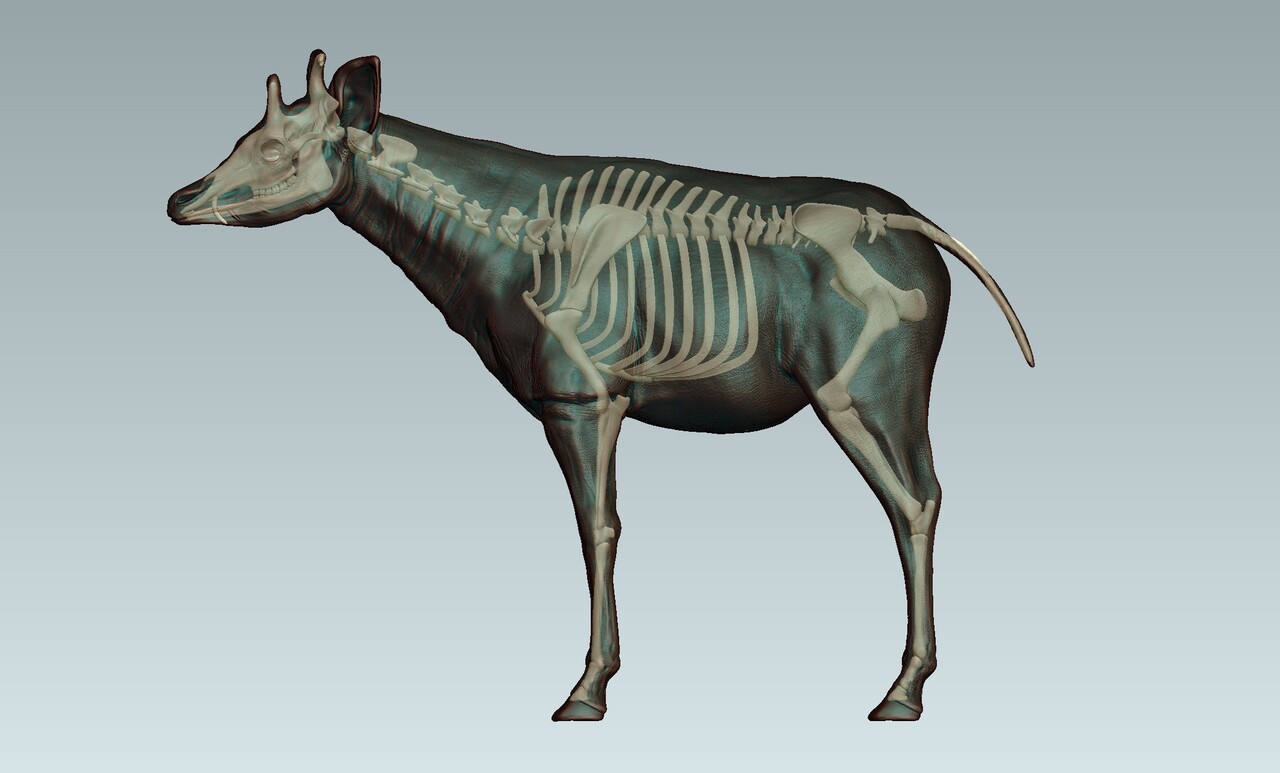 All we know about xenokeryx amidalae is thanks to the fossil remains.

The skull is a well-known part but there are not many fragments of the post-cranial region. For this time, I decided to compare with more close relative creatures. The body structure of the ruminants doesn't change pretty much between species. 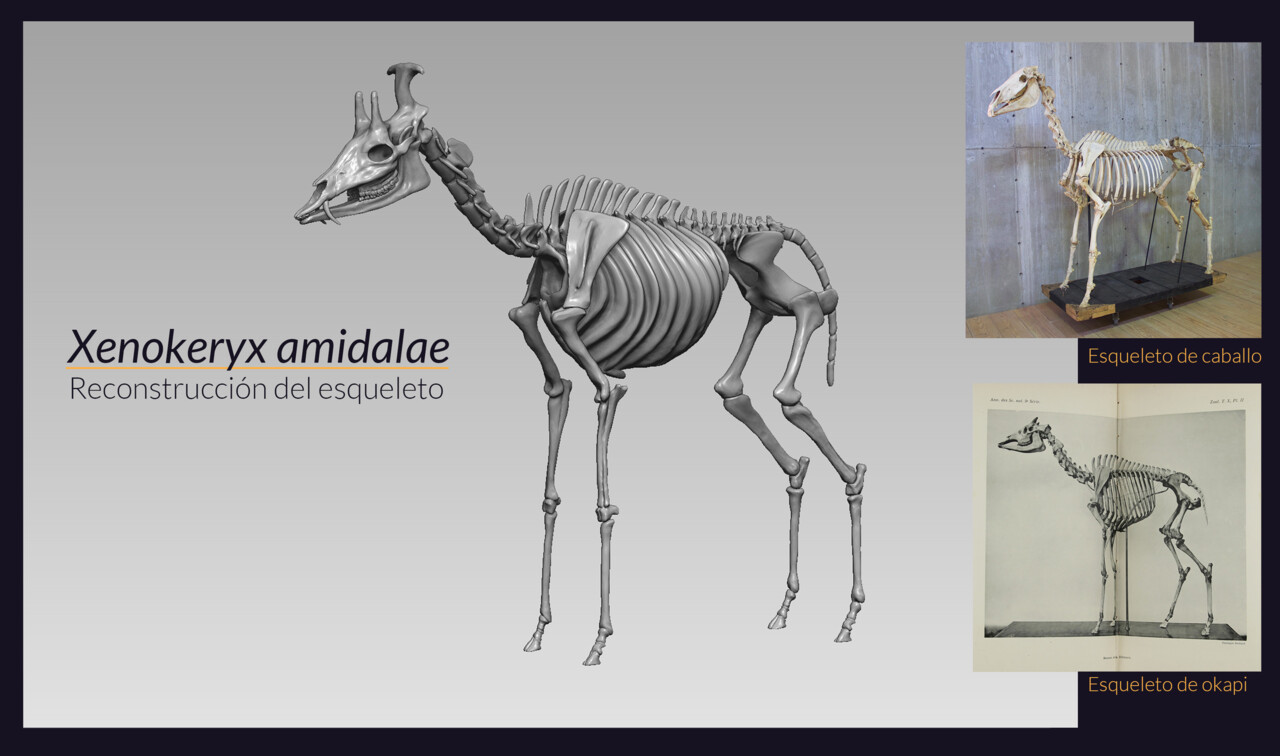 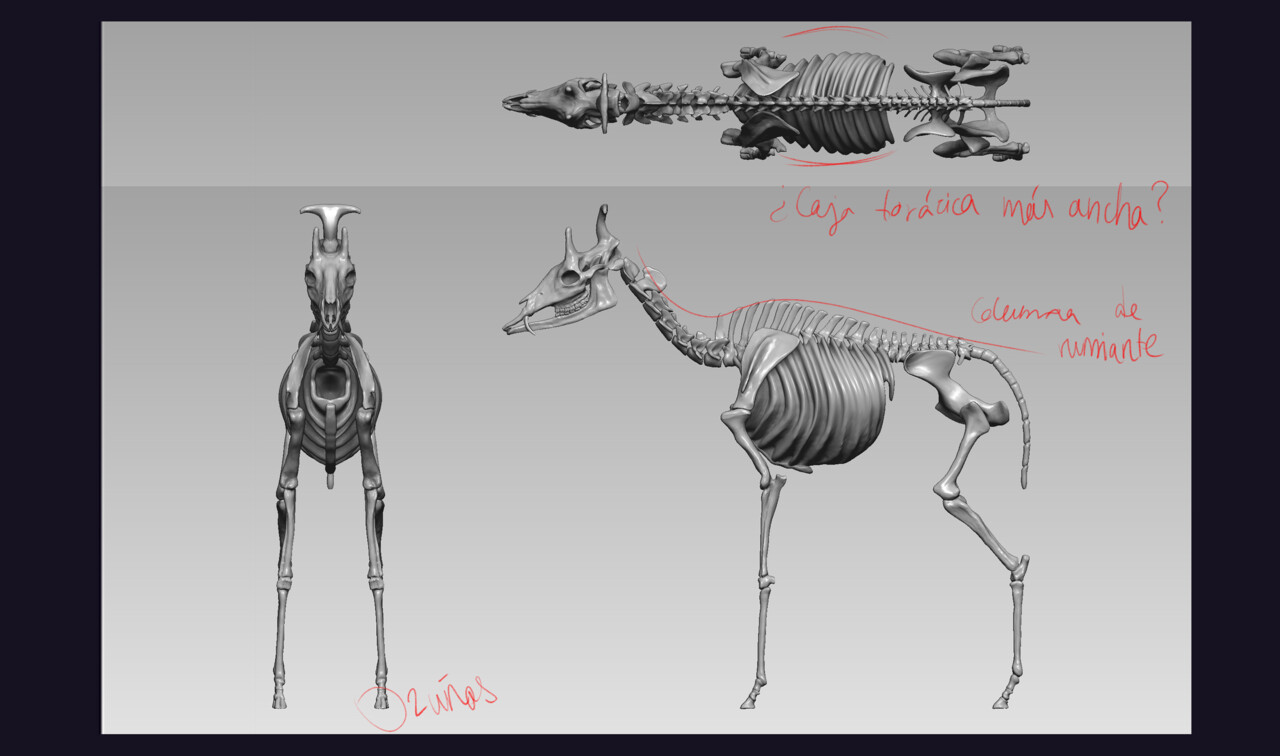 However, I warn you that I did not found many information from this, I made a bit of speculation so is clearly possible that the real skeleton was different. Next episode: the muscles!

Once we have covered all the information, it's time to start with the ZBrush modeling. The skull is the most recognizable piece and sometimes is the most common measure tool for keep the accurate proportions.

When we are modeling a living animal is easier to cover good references, but if we are reconstructing an extinct animal this gets to be serious. In this case, the species is a mammal with very well-know relatives, so I took as main reference one of the two living giraffids: okapia johnstoni.

The transformation from okapi to xenokeryx. 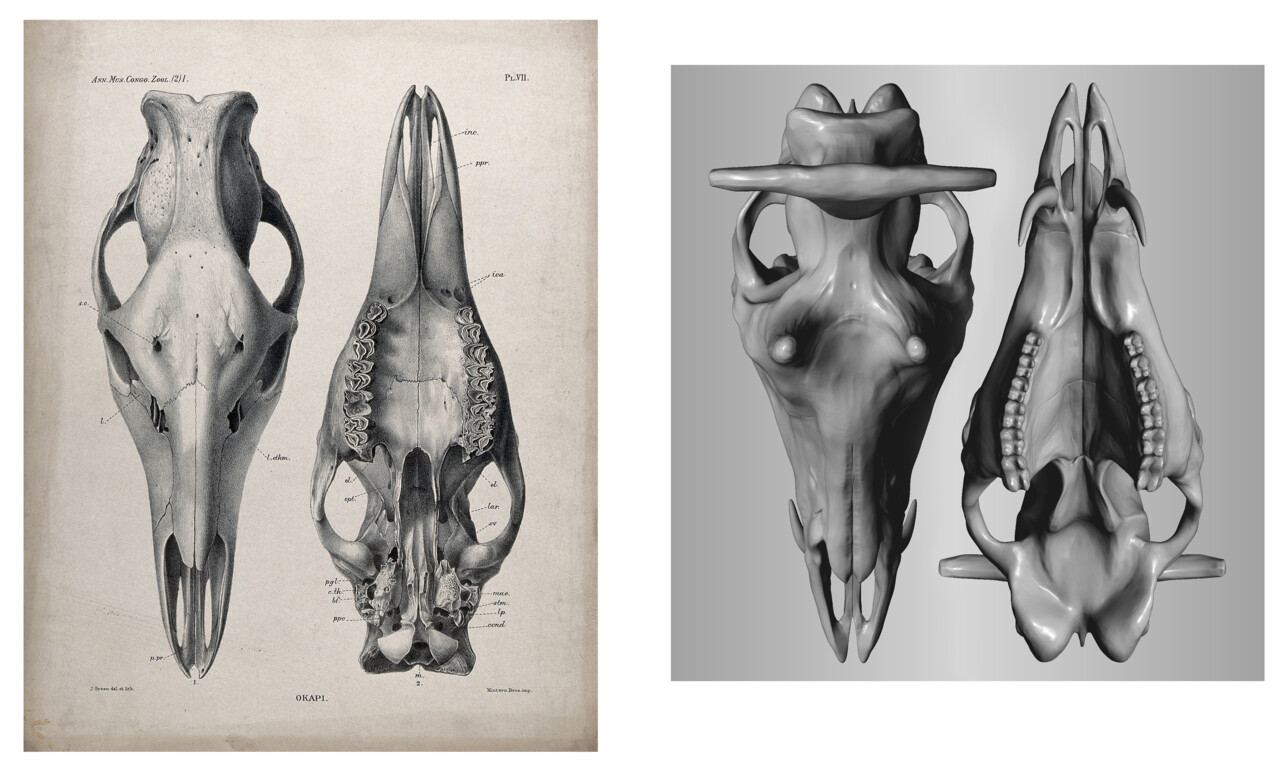 This anatomy study from a okapi was a good reference for the bottom of the skull. 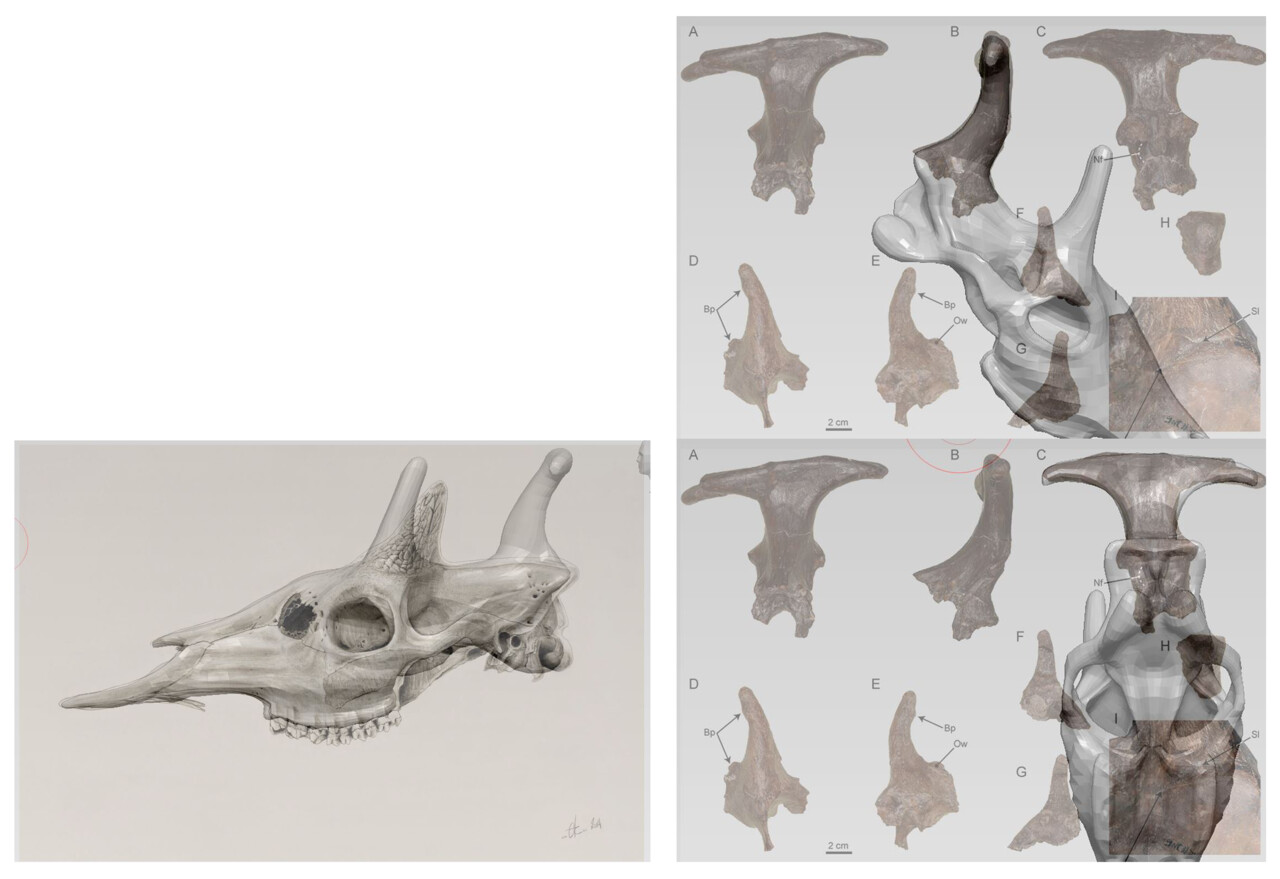 I had some trouble with the occipital because there is no remains and is an important point where the three appendages are fused. 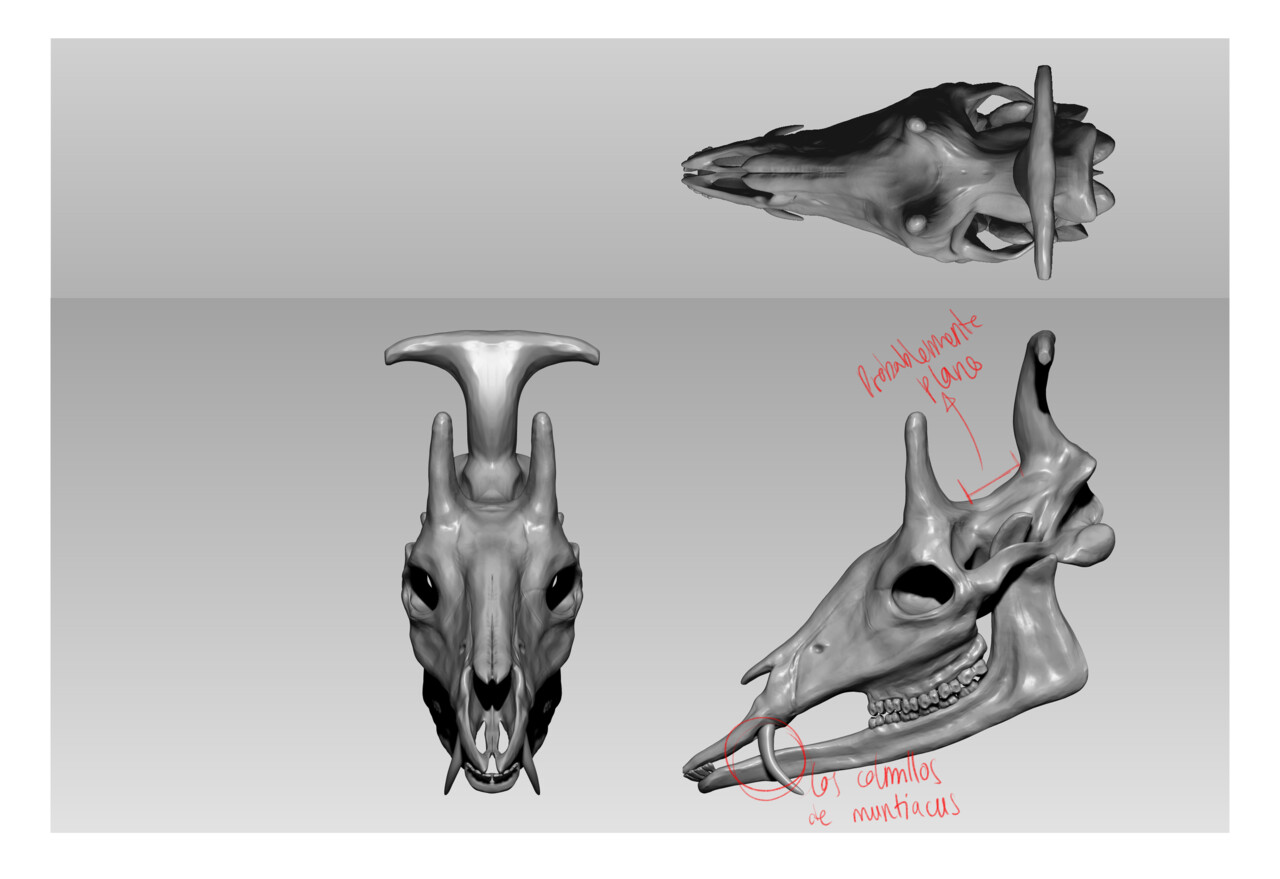 Some weeks ago I started a reconstruction of an extinct animal for Il·lustra Ciència. I remembered I had Artstation Pro and I thought it could be nice to share with you the process.

The species i'm reconstructing is xenokeryx amidalae, an extinct genus of ruminant related to giraffes from the Miocene (17-15 Ma). The only specimen known was found in La Retama, Spain. The fossil remains consist in cranial fragments including the three appendage, dentition and some fragmentary postcranial parts.

Xenos, greek for strange, keryx referring to horn. Meaning ‘strange horn’. And Amidalae referred to the fictional character Padmé Amidala from Star Wars, due to the striking resemblance that the occipital appendage of Xenokeryx bears to one of the hairstyles that the aforementioned character shows in The Phantom Menace feature film. 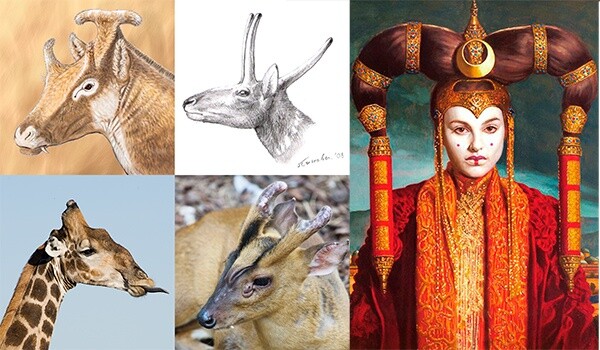 First step is cover information. Trust me, a good preproduction is way better than realizing your references are wrong and you have to fix the model over and over. Take your time doing it. I found a couple of paleontological papers describing this genus and thanks to this I was able to find the closed relatives. And last, here you can see the main photographic references I had before start the ZBrush work. I will show you the final PureRef and you will see the big difference between this two boards :D 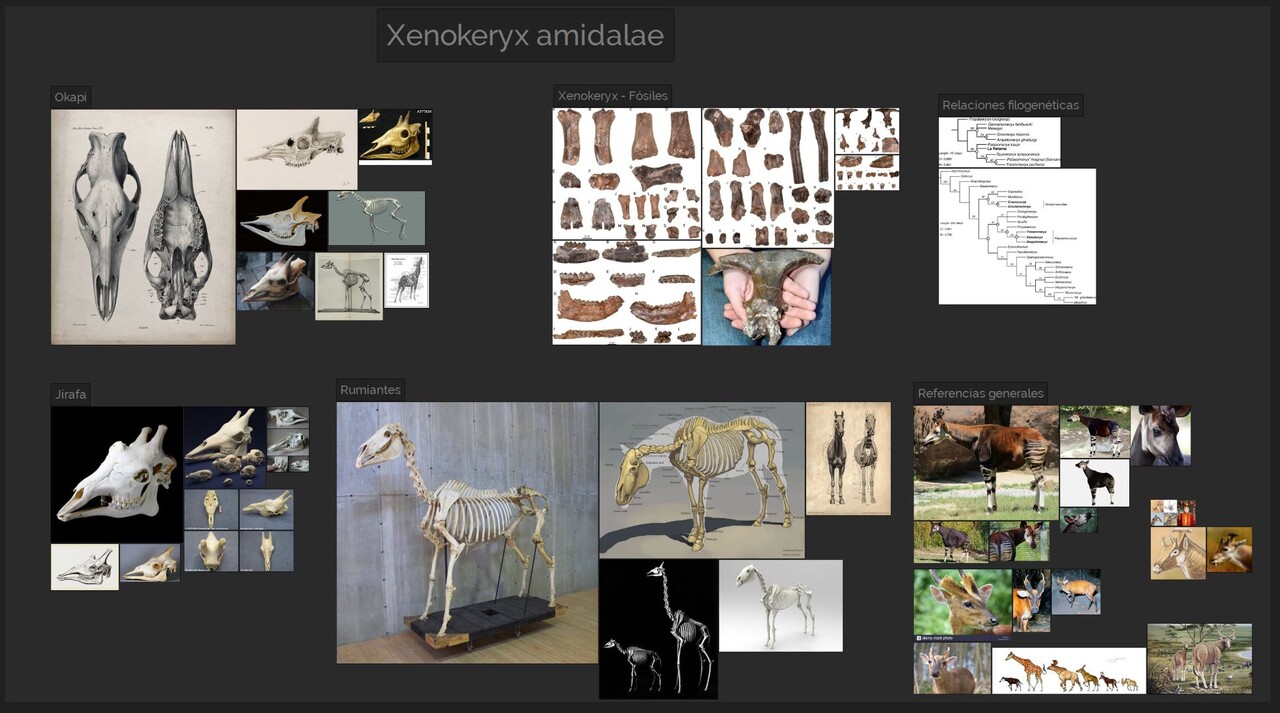 Thanks to Hugo Salais who is helping me with the scientific feedback, he is also a great 3D artist!

This is my first blog post and I would like to start by showing you my last reel.

This year has been intense to me because I focused on growing up and learning as much as possible about the skills I wanted to improve. As creature artist, anatomy knowledge is the key to reconstruct a believable animal, wether a real living animal or not.

But it doesn't matter the model itself for a render if the texture looks ugly. This brings me to learn about look dev and texturing and here is my surprise! I didn't expect to grow so much at all, and the process was actually really fun!

Well, I hope to continue writing here in the next weeks,